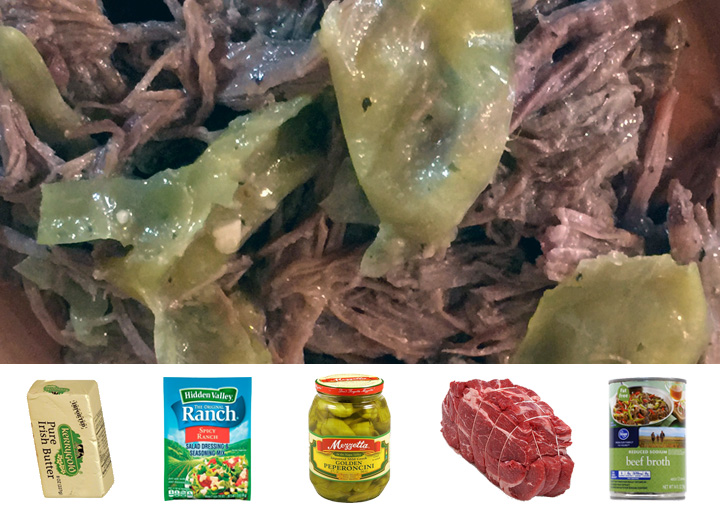 My wife came across this Slow Cooker Mississippi Pot Recipe recipe on Facebook and I wanted to give it a try in our electric pressure cooker. Because pressure cookers need liquid to function correctly, I did need to make few minor adjustments to the original recipe. The first attempt was a bit salty for our tastes as the slow cooker version called for Au Jus and Ranch Seasoning and I used Beef Broth instead of water. In the second attempt, the recipe below, Au Jus was eliminated and a low sodium Beef Broth was used.

The results were delicious!

This recipe may be modified to taste by using a fattier cut of beef like a chuck roast which will also reduce the cook time. Or you can substitute a pork loin roast and chicken broth for the beef. 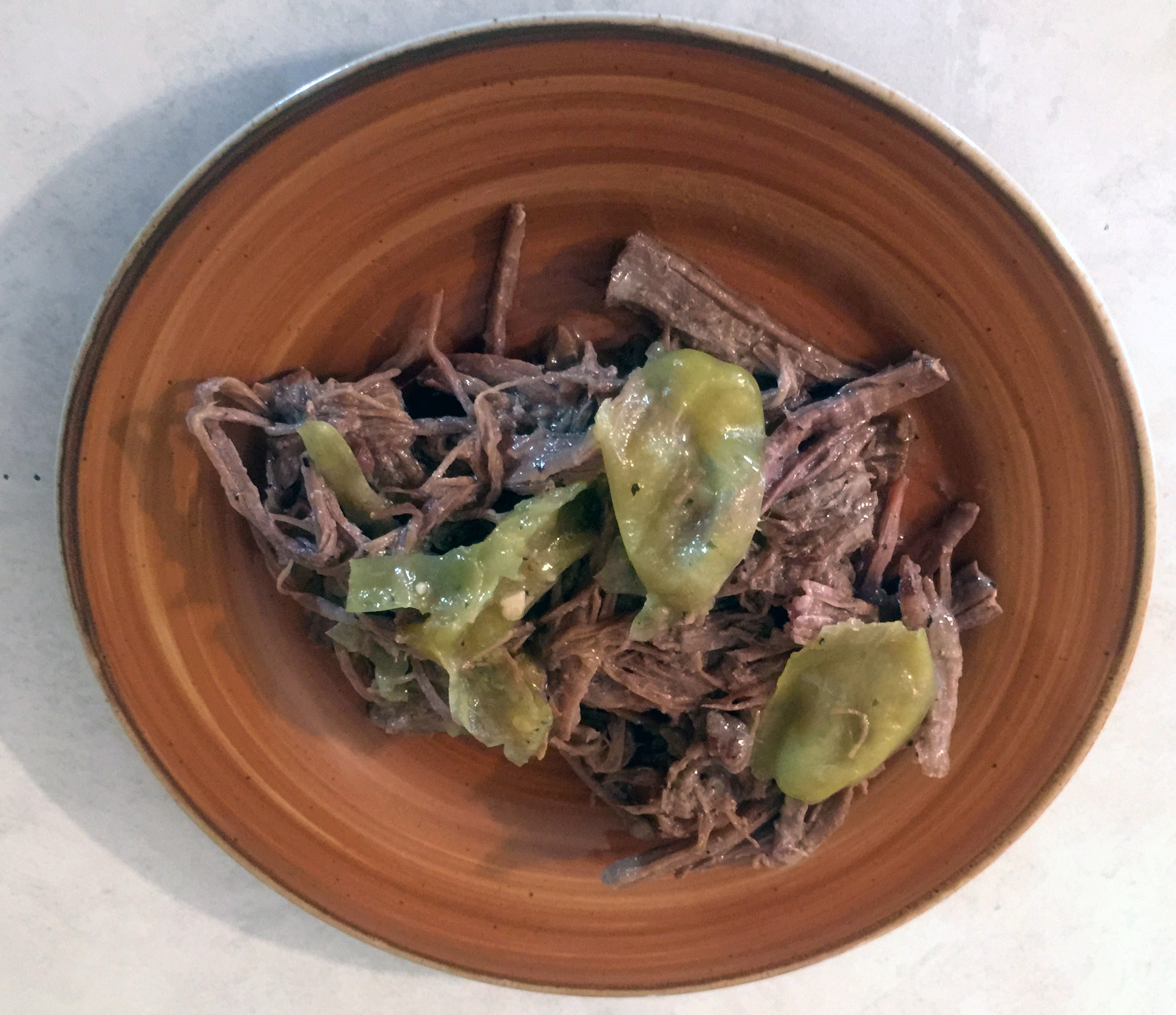 1. Add Olive Oil to Pressure Cooker and use the Saute Button or equivalent on your model/type of pressure cooker

3. Cut round roast in half or thirds (this will help the roast season evenly while cooking), then sear each side of the roast in the pressure cooker until browned 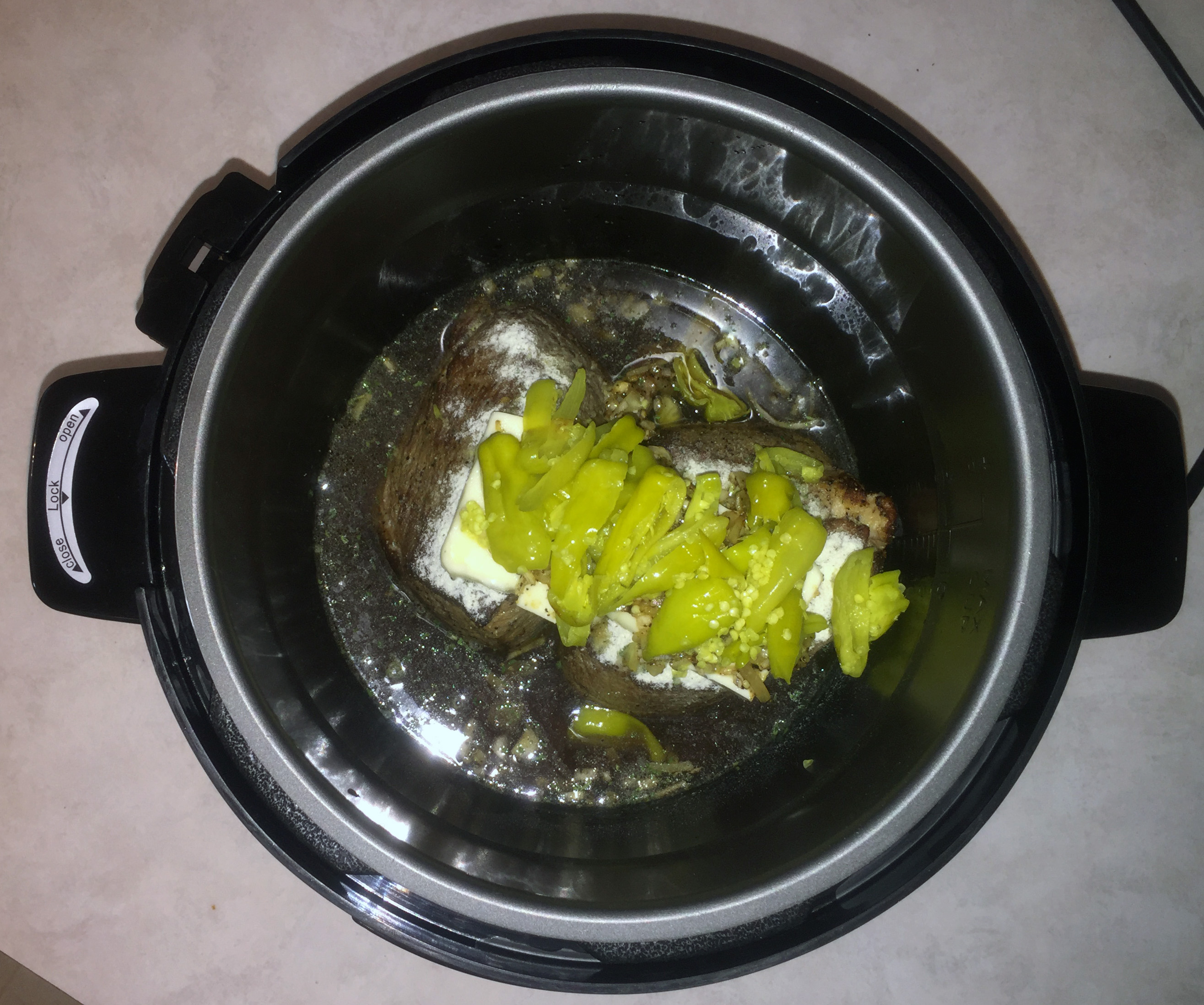 4. Lay roast flat and center the stick of butter on top of roast, spread pepperoncinis around butter and sprinkle the ranch seasoning over the top.

5. Pour the broth into the bottom of the cooker, avoiding the top of the seasoned roast. Use 2 cups if you want to save the leftover broth for future use, otherwise, you can reduce to 1 cup.

6. Set your pressure cooker to Chicken/Meat on the PPC XL 8 QT or the equivalent setting on your cooker. Adjust the time to 120 minutes if using a lean cut 90 if using a fattier cut.

7. After cooking time is complete allow the pressure cooker to release naturally then remove roast from pot and separate with forks. Residual Broth can be saved for future use.