As usual, quantities are a matter of personal preference: 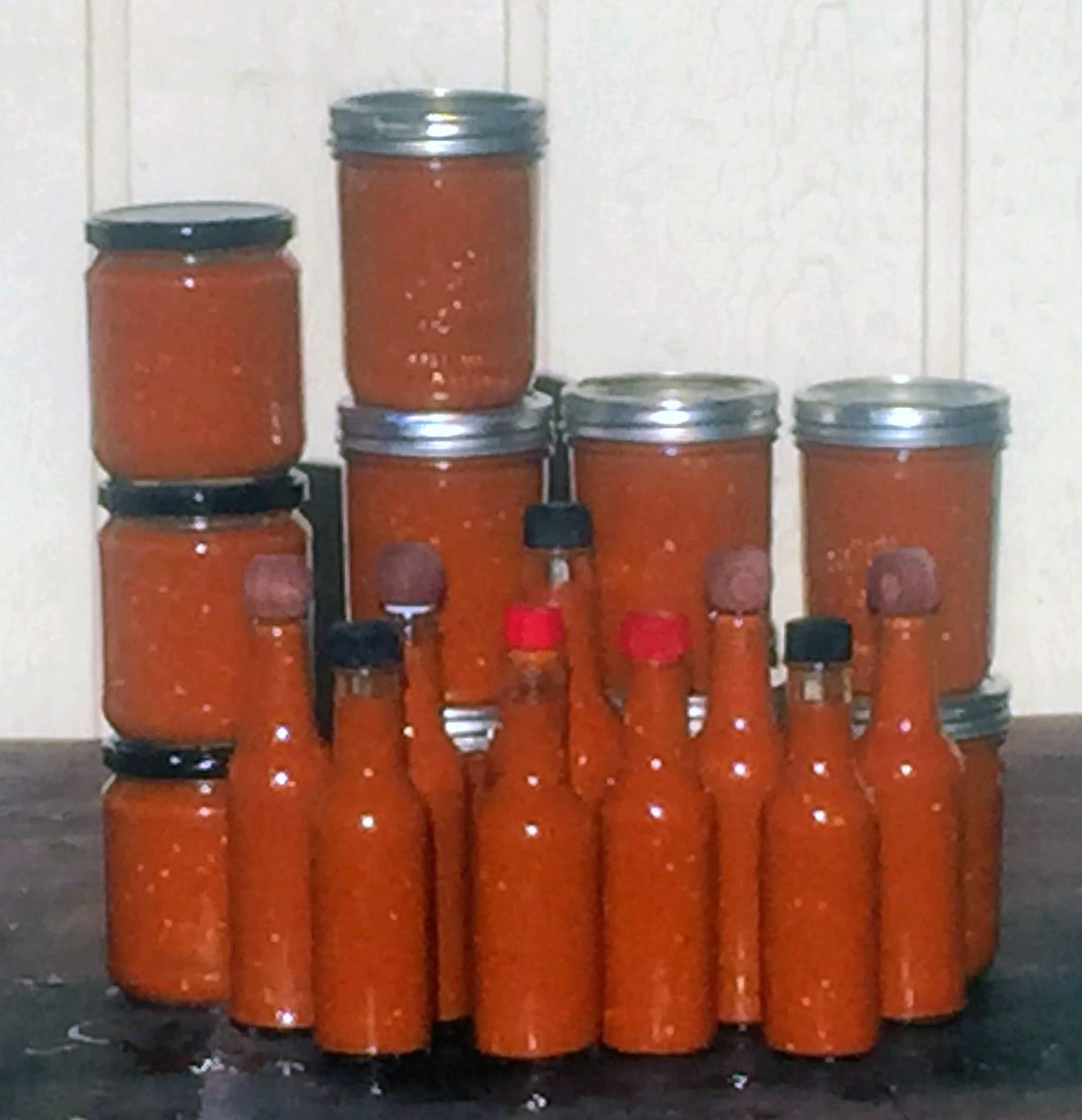 Directions:
Remove pepper stems and toss them, then chop up the hot peppers into pieces around 1″ long (Wear Gloves! skin can burn for a couple days afterward and the oils will spread to any part of the body you touch). No need to separate seeds, unless you want the sauce mild.

Toss into a pot or kettle. Dice up the Bell pepper, Onion Shallot, and Garlic and toss in with other ingredients.

Pour in vinegar until the ingredients are covered. Cook on high until boiling, then turn down and simmer until there is a little less than 1/3 of the liquid left.

You may want to run the fan, and open the windows while
cooking the peppers down (think pepper spray)

By this point, the mixture will look like a watery paste. Remove from heat and let cool, then briefly run through a blender or food processor to break down any large chunks.

Pour the sauce into a bowl and add diced tomatoes or sauce. mix well. And your all done.

Change up the peppers and quantities to taste

Previous Post: « Catfight at Trader Joe’s over frozen noodles…
Next Post: Toasting the Passing of An Old Friend »